The newly appointed Chair of the Open Banking Implementation Entity (OBIE), Charlotte Crosswell pledged to acknowledge and learn from past mistakes to help open banking deliver on its mission as a public good by increasing competition and innovation and ultimately securing better outcomes for consumers and SMEs. 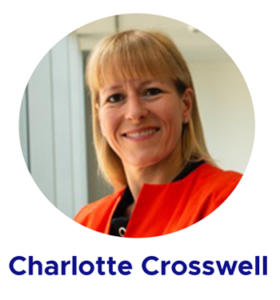 Crosswell’s appointment comes after Imran Gulamhuseinwala resigned as OBIE Trustee and Chair following an independent investigation commissioned by the CMA (Competition and Markets Authority). Having considered the findings, the CMA last week published the report and set out the next steps to be taken.

Crosswell is charged with leading the planned transition to the future arrangements for open banking. Further priority hires will be the appointment of new Non-Executive Directors to the OBIE board to give appropriate independent scrutiny and oversight. The OBIE will work with the CMA and CMA9 to put the appropriate measures in place surrounding their appointments.

Charlotte Crosswell, OBIE’s Chair said: “Firstly I want to thank everyone who contributed to the review and acknowledge that those must have been difficult conversations to have. On behalf of OBIE, I want to take this opportunity to sincerely apologise to anyone who feels negatively affected or let down by the issues identified in Ms White’s report. In my new role at OBIE, I am committed to turning these learnings into effective and meaningful change both in terms of stronger governance as well as a continued focus on employee values and wellbeing.

As part of a transition from a contractor to employee model, the OBIE has already made some progress on overhauling its employment infrastructure; the implementation of employment policies and procedures, the establishment of a dedicated HR function and a Culture and Values Working Group. The sentiment conveyed to me by an overwhelming number of existing staff is that the OBIE of today is unrecognisable from the negative culture previously described. However, the observations and findings of Ms White mean that there is absolutely no scope for complacency. Under my leadership we will commit to working to ensure that there is no repetition of any failings and inadequacies, historical or otherwise. Simply put, what happened was unacceptable and can’t happen again. We intend to act swiftly and decisively. Non-Executive Directors will be appointed to the OBIE board as a priority, to provide appropriate independent scrutiny and oversight.”

Ms Crosswell went on to explain that since joining the OBIE initially as Transition Lead earlier this year she has been hugely impressed with the professionalism, dedication and innovation of the OBIE team and the wider support of the open banking ecosystem.

“OBIE personnel past and present have helped to establish the UK as a recognised world leader in open banking. 4 million consumers and small businesses in the UK now use services powered by open banking technology. Everyone that works for the OBIE believes in the mission and that has been powerful and inspiring to witness.

With the CMA soon to announce next steps towards the model for the future governance of open banking we are at a key inflection point, and I hope this will give us greater clarity and enable us to implement fully the kind of leadership, governance and structure, alongside a supportive, diverse and inclusive culture, that is vital for a progressive and permanent organisation.”

The Open Banking Implementation Entity (OBIE) is the entity set up by the CMA in 2016 to deliver open banking. Its trading name is Open Banking Limited.

The OBIE is governed by the CMA and funded by the CMA9 (Allied Irish Bank, Bank of Ireland, Barclays, Danske, HSBC, Lloyds Banking Group, Nationwide, Natwest Group and Santander). Its works with the CMA 9, as well as challenger banks, financial technology companies, third party providers and consumer groups.

The OBIE’s role is to:

We use cookies to improve your experience and to measure the performance of our website content. You can either consent to accept all the cookies or choose which ones you want.
Read More
Accept
Reject AllChange settings

Our website uses cookies to improve your experience while you navigate through the website. Cookies categorised as necessary are stored on your browser as they are essential for the working of basic functionalities of the website. In addition, we also use third-party cookies that help us analyse and understand how you use this website. These cookies are only stored in your browser with your consent. You also have the option to opt out of these cookies. But opting out of some of these cookies may affect your browsing experience.
Necessary Always Enabled
Necessary cookies are absolutely essential for the website to function properly. These cookies ensure basic functionalities and security features of the website, anonymously.
Functional
Functional cookies help to perform certain functionalities like sharing the content of the website on social media platforms, collect feedbacks, and other third-party features.
Performance
Performance cookies are used to understand and analyze the key performance indexes of the website which helps in delivering a better user experience for the visitors.
Analytics
Analytical cookies are used to understand how visitors interact with the website. These cookies help provide information on metrics the number of visitors, bounce rate, traffic source, etc.
Advertisement
Advertisement cookies are used to provide visitors with relevant ads and marketing campaigns. These cookies track visitors across websites and collect information to provide customized ads.
Others
Other uncategorized cookies are those that are being analyzed and have not been classified into a category as yet.
Save & Accept
Powered by